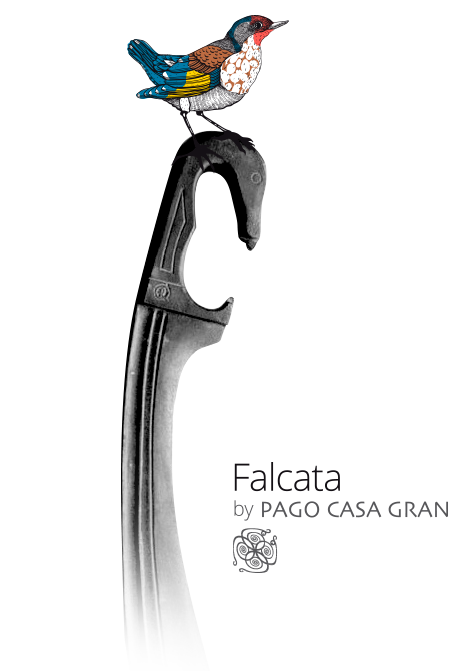 Description
This wine is made with the grapes from the oldest vineyards with 100% sandy soil, which is the type of soil with less organic matter and worst water retention. The vines are over 60 years old and were not attacked by the Phyloxera.

This wine is composed by two wines of the same variety both of them fermented with native yeast.
One is fermented with 25% of grapes with stems in stainless steel, medium maceration. The other is fermented at low temperature 15ºC to gain fruit, short maceration. After malolactic the wine is put separately in barriques of several ages.

Then the wine is blended to make Falcata Arenal.

Falcata Red
Young wine, complex, wide and gentle. It provides a controlled fruitiness perception from the first moment in the palate.

Falcata White
Dry wine, smooth and fruity. Refreshing, yet elegant wine. Considering the varieties in the blend, someone would expect more sweetness.